MENUMENU
A COMMONLY-CITED STATISTIC ABOUT SEX OFFENDER RE-OFFENSE RATES IS WRONG
Teamwork Makes the Dreamwork Newsletter – May, 2022
Restorative Justice for Sex Offenses? A Conversation About Possibilities [4/13/22 Webinar]
Teamwork-Makes-the-Dreamwork-Newsletter-April_2022
Teamwork-Makes-the-Dreamwork-Newsletter-March_2022
TeamWork Makes the DreamWork 2023
Critical reflections on labeling as an ethical issue in the field of psychology
Women Against Registry and their WAR Room to Host Special Guest Dr. Gene I. Katz
The pivot from annihilation to reasonable accountability and justice for all
Is the Tide Turning Against Public Sex Offense Registries?
Urgent: SCOTUS petition needs signatures now
Person-First
7-year-old New York boy charged with rape
Assistant principal found dead in home hours after arrest for sex offenses against student
STOP HERE and Watch the SOHO Forum Debating the Registry
We Are All Sex Offenders
Man dies in Civil Commitment After Being Beaten by Officers
698 comments on the Federal SORNA Notice of Proposed Rule Making (NPRM)
The First Ever Live Streamed Anti–Registry Peaceful Demonstration
Demonstration 9-24-20
Introduction to Human Rights for those on the registry
Blanket Exclusions, Animus, and the False Policies They Promote
TAKE Notice! ACT Immediately!
Better to be a Murderer than a so-called “Sex Offender”
Attention Virginians: Action Needed ASAP
The WAR Call Newsletter: Abolish The Registry
The Dobbs Wire: It didn’t have to end this way
MN ACLU Should Help Krych, in the Interest of Justice
The WAR Call March 2020
The Work of the Collateral Consequences Resource Center
The man who has to register as a sex offender based on lies
CCEPA: Sex and the Citizen pt. 4 – Children’s Sexuality: What are we afraid of? – Judith Levine
The WAR Call December 2019
Safe International Travel in the Age of the International Megan’s Law (IML), December 2019
Will someone please correct this journalist?!?
Every Life Matters: From Forced Housing on Death Row in Florida To Living Free in Europe as a Human Rights Advocate, November 2019
The Tyranny of the Registry, the Trial Penalty, the Implementation of the First Step Act, and the Case for National and State Judicial Reform, October 2019
The WAR Call September 2019
IL: Win – Federal Judge says internet case can proceed
WAR letter to Judiciary Committee Members Sept 24, 2019
Mo Supreme Court rules sex offense law does not apply before 1995
Aurora may apply for grant to upgrade McCarty Park
About International Travel to Germany under IML passports
Kids on the Sex Offender Registry
Who is a sex offender?
In Arlington, a jury must decide if a nonviolent sex offender should stay incarcerated after serving his sentence
Criteria used in sentencing at the State and Federal level and the mindset of recalling Judges, August 2019
No Havens for Registered Persons: Why “Most ‘Sex Offenders’ Per Capita” is a Meaningless Statistic
WHAT IS THE S.M.A.R.T. OFFICE?
Does v. Snyder, an Update, July 2019
The First Step Act, What it Means and What Comes Next, June 2019
The WAR Call May 2019
A Strengths-Based Treatment Program for Sexual Offenders: Content and Outcome, May 2019
Symbolic Imprisonment, Grief, and Coping Theory, April 2019
Windsor Locks, Connecticut – voters repeal law limiting sex offenders
Federal Lawsuit Against State DOC Alleges Due Process, Civil Rights Violations in Lifetime GPS Monitoring
The WAR Call February 2019
The WAR Call February 2019 Condensed
Customers of massage parlor begin to fight back
Ron Book Arrest Paperwork Filed
Oklahoma: Another person required to register as a sex offender killed.
Why Sex Offender Registries Keep Growing Even as Sexual Violence Rates Fall
Ron Book’s account of his DUI arrest inconsistent with police and witness report.
Ron Book ARRESTED in DUI!
Michigan’s SORA is punishment, says MI Attorney General in amicus briefs
Miami Herald: They dated since he was 17. He turned 18 and now faces 15 years behind bars.
Doe’s v. Snyder, February 2019
PACER Fees Harm Judiciary’s Credibility, Posner Says in Class Action Brief
Stanley’s story as an Intellectually and Developmentally Disabled individual
Effectively Advocating for the Client with Developmental Disabilities who has been charged with a sex offense. WEBINAR: 1-17-2019
Solitary Nation Podcast with Matt Duhamel and Janice Belluci, Season 3
ADVOCACY FOR TERMINATION OF JUVENILE SEX OFFENDER REGISTRATION in IL
2019 Congressional Calendar COMPLETE
Father of 5 says life on sex offender registry has forced him and his family into homelessness
The WAR Call November 2018
The WAR Call November 2018 Condensed
Residency restrictions in IL are presented to SCOTUS
The Unconstitutionality Of Sex Offense Laws – Catherine Carpenter
Federal Judge Advocates Jury Nullification After Being Shocked by Overzealous Child Pornography Prosecution
ACTION ALERT! The fight to remove the 2018 Farm Bill’s ban on Registered Citizens from SNAP

CCEPA: Sex and the Citizen pt. 4 – Children’s Sexuality: What are we afraid of? – Judith Levine 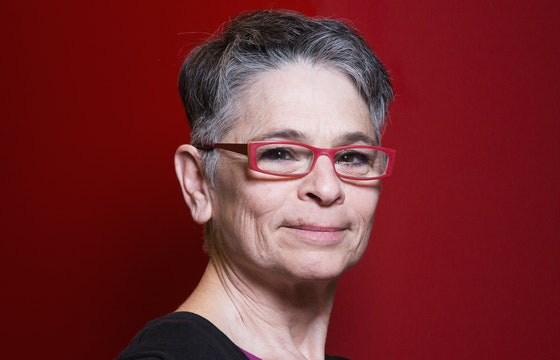 A good history lesson about sex and many facts are presented here by Judith Levine. Learn how sex offenders were invented by many lairs in the last several hundred years.

Judith Levine
Author of Harmful to Minors: The Perils of Protecting Children From Sex, and Director, National Center for Reason and Justice

Judith Levine and Erica Meiners write a series of articles that aim to deepen understanding and spur conversation about sex laws, “sex offender” management, and the people they affect.

Levine is an award-winning journalist and author whose work has appeared in local, regional, and national publications, including Harper’s, the New York Times, and Vogue. She is the author of four books, one of which, Harmful to Minors: The Perils of Protecting Children from Sex, won the 2002 Los Angeles Times Book Prize and was named by the Sexuality Information and Education Council of the United States as one of history’s most influential books about sexuality. Levine is also a co-founder of the National Writers Union and No More Nice Girls, and has served on the boards of the National Center for Reason and Justice and the Vermont chapter of the ACLU.

Here are some additional facts that, while not presented in this video, should always be remembered by the public.
Over 95% of sex crimes against children are committed by first time offenders that have never before been convicted of any offence and therefore are not on any registry.

Recidivism by those listed on the public sex offender registry is very low. Many government studies have found it to be below 1% while some others find it to be between 5% and 1%. Very few, mostly much older ones that considered even the most minor non sex related offence to be recidivism, have found the recidivism rate to be above 5%.

Once a person is on the Internet sex offender registry list, even if they are later removed from that list, will find that their life is ruined permanently because of the many third parties that collect that information from the public registries and re-publish it permanently on the internet.