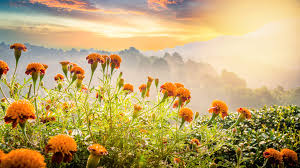 My story is one of a family who has suffered through ongoing harassment by the police, my neighbors, and the community at large.  The registry has been used to put a target on our backs – all of us.  My father is on the registry.  We recently moved to a new county where my father registered as he is supposed to.  When our neighbors found out, they not only posted our address with my father’s information and picture, but all about his vehicles online (which is illegal to do).  We have had people yell at us, throw garbage into our yard, and even give our dogs tainted meat.  They have told lies on us, and we have not been able to get any help.  When my mother called the police about our neighbors harassing us, they told her that they could not help us, to call the registry people.  When she called them, they told her to call our local law enforcement.

My father has been on the registry for more than 17 years now, he has worked at the same job for the last 14 years, but recently was arrested for refusing a search of our house.  We had talked with a lawyer who told us that, while they could search my father’s room and common areas of the house, they could not search our private bedrooms (my brother, sister and me – who are all over 21 years old).  So, when the probation officer came and searched my father’s bedroom and the common areas, he said, “I see there are some locked doors here”.  My mother told him yes, that those are our private rooms and are not subject to search without a search warrant.  The officer said, “rules are rules” and left the house.

Every year they change the laws and add additional rules to a booklet that you are responsible for memorizing. This is difficult under any circumstance, but poses additional challenges when you are dyslexic as my father is.

The next evening, the police came and arrested my father at 10 pm at night for “refusing a house search.”  My father never refused the house search.  When we went to court over this arrest, my father’s lawyer was stating his case when the judge interrupted and said that my mother or us (the grown children) could be hiding children for my father and that we were all sex offenders.  The judge then sent the case to criminal court.

While my father was awaiting trial, my brother got us tickets to go see a stand-up comedian that we all liked. We were all excited to go to this as a family event. This is what my father’s counselor of nine years suggested for my father to do to integrate back into society.  My father  had a home and a job for 14 years and was trying to get back out into the community.  We did not realize that Johnson City Freedom Hall was on school grounds.  The probation officer my father saw in our previous county saw him there and had him pulled to the side.  My dad was asked to show his ID.  When my father asked why, they said, “You’re a sex offender, right?” My father said, “Yes, what does that have to do with anything?” They told him that he was on school property.  My father offered to leave immediately; he did not realize that he was on school property.  He went home and immediately called his current probation officer who told him that he understood it was a misunderstanding and it would be okay.

The next time my father went to see his probation officer, he was arrested for two felonies – one in his old county and one in his new home county!  When my father went to court, both probation officers trashed my father, accusing him of being a sexual predator even though he had never been in trouble except for the one offense more than 17 years ago.  The judge thought it would be right to take away my father’s job of 14 years and to put him in jail.

The judge thought it would be right to take away
my father’s job of 14 years and to put him in jail.

I understand that when someone commits a crime, there are consequences.  However, I know that lifetime registration should not be permitted.  It is cruel and is only used to further punish not only the registrant, but the family of the registrant as well.  Once on the registry, there is no hope.  There are countless limitations and rules to follow, and though my father has a family that is willing to forgive him, he is a hostage of the registry.

The lawyer struck a deal with the DA that they would drop the charges that they had my father on “dead to rights,” if he would plead no contest for the one he could sue them for.  Now that my father is out of jail, He cannot find a job.  He must wait to see how the felony charges will go in our old county and hope that he doesn’t get sent back to prison.

It has been three years and they still have done nothing to stop my neighbors from harassing our family.

I am grateful that someone sees that there is something wrong.

Unless the registry is abolished, or the law surrounding it is significantly changed, my father will suffer for the rest of his life.  One mistake or accusation should not equate with a lifetime of misery and discrimination.  The registry should not be public; it is a danger to everyone.  My father says he is grateful for groups like Women Against Registry that are taking a stand not only for him but for his family.  I am grateful that someone sees that there is something wrong.