MENUMENU
Women Against Registry and their WAR Room to Host Special Guest Dr. Gene I. Katz
The pivot from annihilation to reasonable accountability and justice for all
Is the Tide Turning Against Public Sex Offense Registries?
Urgent: SCOTUS petition needs signatures now
Person-First
7-year-old New York boy charged with rape
Assistant principal found dead in home hours after arrest for sex offenses against student
STOP HERE and Watch the SOHO Forum Debating the Registry
We Are All Sex Offenders
Man dies in Civil Commitment After Being Beaten by Officers
698 comments on the Federal SORNA Notice of Proposed Rule Making (NPRM)
The First Ever Live Streamed Anti–Registry Peaceful Demonstration
Demonstration 9-24-20
Introduction to Human Rights for those on the registry
Blanket Exclusions, Animus, and the False Policies They Promote
TAKE Notice! ACT Immediately!
Better to be a Murderer than a so-called “Sex Offender”
Attention Virginians: Action Needed ASAP
The WAR Call Newsletter: Abolish The Registry
The Dobbs Wire: It didn’t have to end this way
MN ACLU Should Help Krych, in the Interest of Justice
The WAR Call March 2020
The Work of the Collateral Consequences Resource Center
The man who has to register as a sex offender based on lies
CCEPA: Sex and the Citizen pt. 4 – Children’s Sexuality: What are we afraid of? – Judith Levine
The WAR Call December 2019
Safe International Travel in the Age of the International Megan’s Law (IML), December 2019
Will someone please correct this journalist?!?
Every Life Matters: From Forced Housing on Death Row in Florida To Living Free in Europe as a Human Rights Advocate, November 2019
The Tyranny of the Registry, the Trial Penalty, the Implementation of the First Step Act, and the Case for National and State Judicial Reform, October 2019
The WAR Call September 2019
IL: Win – Federal Judge says internet case can proceed
WAR letter to Judiciary Committee Members Sept 24, 2019
Mo Supreme Court rules sex offense law does not apply before 1995
Aurora may apply for grant to upgrade McCarty Park
About International Travel to Germany under IML passports
Kids on the Sex Offender Registry
Who is a sex offender?
In Arlington, a jury must decide if a nonviolent sex offender should stay incarcerated after serving his sentence
Criteria used in sentencing at the State and Federal level and the mindset of recalling Judges, August 2019
No Havens for Registered Persons: Why “Most ‘Sex Offenders’ Per Capita” is a Meaningless Statistic
WHAT IS THE S.M.A.R.T. OFFICE?
Does v. Snyder, an Update, July 2019
The First Step Act, What it Means and What Comes Next, June 2019
The WAR Call May 2019
A Strengths-Based Treatment Program for Sexual Offenders: Content and Outcome, May 2019
Symbolic Imprisonment, Grief, and Coping Theory, April 2019
Windsor Locks, Connecticut – voters repeal law limiting sex offenders
Federal Lawsuit Against State DOC Alleges Due Process, Civil Rights Violations in Lifetime GPS Monitoring
The WAR Call February 2019
The WAR Call February 2019 Condensed
Customers of massage parlor begin to fight back
Ron Book Arrest Paperwork Filed
Oklahoma: Another person required to register as a sex offender killed.
Why Sex Offender Registries Keep Growing Even as Sexual Violence Rates Fall
Ron Book’s account of his DUI arrest inconsistent with police and witness report.
Ron Book ARRESTED in DUI!
Michigan’s SORA is punishment, says MI Attorney General in amicus briefs
Miami Herald: They dated since he was 17. He turned 18 and now faces 15 years behind bars.
Doe’s v. Snyder, February 2019
PACER Fees Harm Judiciary’s Credibility, Posner Says in Class Action Brief
Stanley’s story as an Intellectually and Developmentally Disabled individual
Effectively Advocating for the Client with Developmental Disabilities who has been charged with a sex offense. WEBINAR: 1-17-2019
Solitary Nation Podcast with Matt Duhamel and Janice Belluci, Season 3
ADVOCACY FOR TERMINATION OF JUVENILE SEX OFFENDER REGISTRATION in IL
2019 Congressional Calendar COMPLETE
Father of 5 says life on sex offender registry has forced him and his family into homelessness
The WAR Call November 2018
The WAR Call November 2018 Condensed
Residency restrictions in IL are presented to SCOTUS
The Unconstitutionality Of Sex Offense Laws – Catherine Carpenter
Federal Judge Advocates Jury Nullification After Being Shocked by Overzealous Child Pornography Prosecution
ACTION ALERT! The fight to remove the 2018 Farm Bill’s ban on Registered Citizens from SNAP
Arizona Justices: You can’t jail homeless sex offenders for not registering new address
States Can’t Make Up New Laws to Punish Old Conduct Just Because They Call Them “Civil”
Bethea, Petitioner v. NC for writ of certiorari SCOTUS ex post facto
A Public Service Announcement
Does v Swearingen (ex post facto) case filed October 2018
How To Contact the Senate Judiciary Committee
SCOTUS Oral Arguments Audio 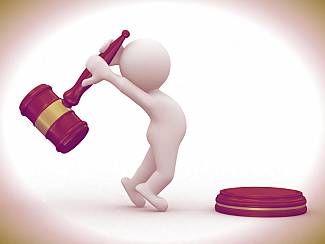 It just makes sense to let jurors know about their already established power to exercise discretion over bad laws and ill-considered prosecutions. 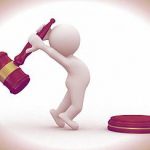 “This is a shocking case. This is a case that calls for jury nullification.”
Many have had similar reactions when confronting cases involving authorities running roughshod over people with bad laws, punitive sentences, and ill-considered prosecutions. But this time, the person invoking jury nullification was a federal judge—District Judge Stefan R. Underhill of the District of Connecticut—and he spoke in court about a case over which he presided.

The prosecution that shocked Underhill involves Yehudi Manzano, a 30-something man charged with producing and transporting child pornography after saving, and then deleting, a video of his teenage sex partner to and from his own phone and its associated Google cloud account. “The only people who ever saw it were the guy who made it, the girl who was in it, and the federal agents,” Norman Pattis, Manzano’s attorney, told me.

But that, prosecutors say in the indictment, was enough for the federal government to proceed with charges under the assumption that Manzano acted “knowing and having reason to know that: such visual depiction would be transported and transmitted using any means and facility of interstate and foreign commerce.” And that’s important, because the mandatory minimum sentence under federal law for recording video of sex with an underage partner is 15 years.

That draconian sentence—independent of what was in store in the entirely separate state trial for sex with a minor—was too much for Judge Underhill. “I am absolutely stunned that this case, with a 15-year mandatory minimum, has been brought by the government,” he said in court. “I am going to be allowed no discretion at sentencing to consider the seriousness of this conduct, and it is extremely unfortunate that the power of the government has been used in this way, to what end I’m not sure.”

Judge Underhill acknowledged that he’s not allowed to encourage jury nullification, but “if evidence comes in about the length of the sentence, or if Mr. Pattis chooses to argue, I do not feel I can preclude that. I don’t feel I’m required to preclude that. And I think justice requires that I permit that.”

The judge’s appeal to jury nullification as a remedy for runaway prosecution didn’t come out of the blue. Defense counsel and prosecutors had already sparred over the case’s rather tenuous connection to interstate commerce, by which the federal government claimed jurisdiction.

“Apparently, the mere fact that the recording equipment was manufactured outside Connecticut is sufficient to meet the interstate commerce requirement of the statute,” Judge Underhill noted in surprise. They also tussled over the extent to which jurors should be informed of the long years in prison that awaited Manzano upon conviction.

“Juries exist for a reason,” Pattis argued in court. “They stand between the government and the accused, and they provide the accused with an opportunity to hold the government to its burden of proof. And in certain trials in our history, juries have done more than that. They’ve said the law is wrong, and we, the people, say it’s wrong.”

In response to that, Neeraj N. Patel bluntly told the court on behalf of the U.S. Attorney’s office, “you should take steps to prevent jury nullification and not inform the jury of the sentencing consequences.”

Normally, that’s where the matter would have remained. Judges don’t generally want jurors told they can pull the plug on a prosecution because they don’t like the law or the possible sentence. They’re generally not permitted to inform juries about nullification, and they’re discouraged from informing juries about the consequences in store for convicted defendants.

However, that doesn’t mean judges must ban all discussion of jury nullification and sentencing from trials. And occasionally you run across one who is horrified by what prosecutors have in mind. That’s why Pattis, who passionately believes in the right to nullification, keeps arguing for a principle that generally gets shot down in court. And last week, he found a judge sympathetic with his arguments.

The U.S. Attorney’s Office for the District of Connecticut declined to comment on this case, but did provide me with a copy of the emergency motion it filed seeking a stay in the trial. Prosecutors want time to get a higher court to prevent Judge Underhill from allowing Manzano’s defense counsel to inform jurors of the potential sentence and argue for jury nullification.

At the subsequent hearing, Judge Underhill denied that he’d issued any order that would justify mandamus in the case, and emphasized that he intended to instruct jurors to disregard their own feelings about the law or the sentence. But he also added, “if Mr. Pattis is not allowed to argue jury nullification, in my view there is a risk of a Sixth Amendment violation here.” His intent, it seems, is to allow the jury to navigate their own way between his instructions and any twinges of conscience drawn out by information presented to them by Manzano’s attorney. Nevertheless, he granted the government’s motion for a stay and dismissed the jury.

Whether the jurors who ultimately decide Manzano’s fate in this case are fully informed about the consequences of their decision or their power in the court is up in the air. We know that at least one federal judge wants them to have that knowledge—and for good reason, I’d argue.

“We have a country coming apart at the seams and we’re worried about the legitimacy of institutions. Under the circumstances, why wouldn’t you empower juries?” Pattis said to me during our discussion of the case.

Why wouldn’t you, indeed. At a moment when Americans harbor near-historic levels of distrust in government, it just makes good sense to let jurors know about their already established power to exercise discretion over bad laws and ill-considered prosecutions.

The opinions expressed within posts and comments are solely those of each author, and are not necessarily those of Women Against Registry.