MENUMENU
Harsh treatment of people who committed a sex offense is based on flawed social science
CA Court Blocks DOJ’s new SORNA Rule Because it Violated Due Process and First Amendment
A COMMONLY-CITED STATISTIC ABOUT SEX OFFENDER RE-OFFENSE RATES IS WRONG
Teamwork Makes the Dreamwork Newsletter – May, 2022
Restorative Justice for Sex Offenses? A Conversation About Possibilities [4/13/22 Webinar]
Teamwork-Makes-the-Dreamwork-Newsletter-April_2022
Teamwork-Makes-the-Dreamwork-Newsletter-March_2022
TeamWork Makes the DreamWork 2023
Critical reflections on labeling as an ethical issue in the field of psychology
Women Against Registry and their WAR Room to Host Special Guest Dr. Gene I. Katz
The pivot from annihilation to reasonable accountability and justice for all
Is the Tide Turning Against Public Sex Offense Registries?
Person-First
7-year-old New York boy charged with rape
Assistant principal found dead in home hours after arrest for sex offenses against student
STOP HERE and Watch the SOHO Forum Debating the Registry
We Are All Sex Offenders
Man dies in Civil Commitment After Being Beaten by Officers
698 comments on the Federal SORNA Notice of Proposed Rule Making (NPRM)
The First Ever Live Streamed Anti–Registry Peaceful Demonstration
Demonstration 9-24-20
Introduction to Human Rights for those on the registry
Blanket Exclusions, Animus, and the False Policies They Promote
TAKE Notice! ACT Immediately!
Better to be a Murderer than a so-called “Sex Offender”
Attention Virginians: Action Needed ASAP
The WAR Call Newsletter: Abolish The Registry
The Dobbs Wire: It didn’t have to end this way
MN ACLU Should Help Krych, in the Interest of Justice
The WAR Call March 2020
The Work of the Collateral Consequences Resource Center
The man who has to register as a sex offender based on lies
CCEPA: Sex and the Citizen pt. 4 – Children’s Sexuality: What are we afraid of? – Judith Levine
The WAR Call December 2019
Safe International Travel in the Age of the International Megan’s Law (IML), December 2019
Will someone please correct this journalist?!?
Every Life Matters: From Forced Housing on Death Row in Florida To Living Free in Europe as a Human Rights Advocate, November 2019
The Tyranny of the Registry, the Trial Penalty, the Implementation of the First Step Act, and the Case for National and State Judicial Reform, October 2019
The WAR Call September 2019
IL: Win – Federal Judge says internet case can proceed
WAR letter to Judiciary Committee Members Sept 24, 2019
Mo Supreme Court rules sex offense law does not apply before 1995
Aurora may apply for grant to upgrade McCarty Park
About International Travel to Germany under IML passports
Kids on the Sex Offender Registry
Who is a sex offender?
In Arlington, a jury must decide if a nonviolent sex offender should stay incarcerated after serving his sentence
Criteria used in sentencing at the State and Federal level and the mindset of recalling Judges, August 2019
No Havens for Registered Persons: Why “Most ‘Sex Offenders’ Per Capita” is a Meaningless Statistic
WHAT IS THE S.M.A.R.T. OFFICE?
Does v. Snyder, an Update, July 2019
The First Step Act, What it Means and What Comes Next, June 2019
The WAR Call May 2019
A Strengths-Based Treatment Program for Sexual Offenders: Content and Outcome, May 2019
Symbolic Imprisonment, Grief, and Coping Theory, April 2019
Windsor Locks, Connecticut – voters repeal law limiting sex offenders
Federal Lawsuit Against State DOC Alleges Due Process, Civil Rights Violations in Lifetime GPS Monitoring
The WAR Call February 2019
The WAR Call February 2019 Condensed
Customers of massage parlor begin to fight back
Ron Book Arrest Paperwork Filed
Oklahoma: Another person required to register as a sex offender killed.
Why Sex Offender Registries Keep Growing Even as Sexual Violence Rates Fall
Ron Book’s account of his DUI arrest inconsistent with police and witness report.
Ron Book ARRESTED in DUI!
Michigan’s SORA is punishment, says MI Attorney General in amicus briefs
Miami Herald: They dated since he was 17. He turned 18 and now faces 15 years behind bars.
Doe’s v. Snyder, February 2019
PACER Fees Harm Judiciary’s Credibility, Posner Says in Class Action Brief
Stanley’s story as an Intellectually and Developmentally Disabled individual
Effectively Advocating for the Client with Developmental Disabilities who has been charged with a sex offense. WEBINAR: 1-17-2019
Solitary Nation Podcast with Matt Duhamel and Janice Belluci, Season 3
ADVOCACY FOR TERMINATION OF JUVENILE SEX OFFENDER REGISTRATION in IL
2019 Congressional Calendar COMPLETE
Father of 5 says life on sex offender registry has forced him and his family into homelessness
The WAR Call November 2018
The WAR Call November 2018 Condensed
Residency restrictions in IL are presented to SCOTUS
The Unconstitutionality Of Sex Offense Laws – Catherine Carpenter
Federal Judge Advocates Jury Nullification After Being Shocked by Overzealous Child Pornography Prosecution 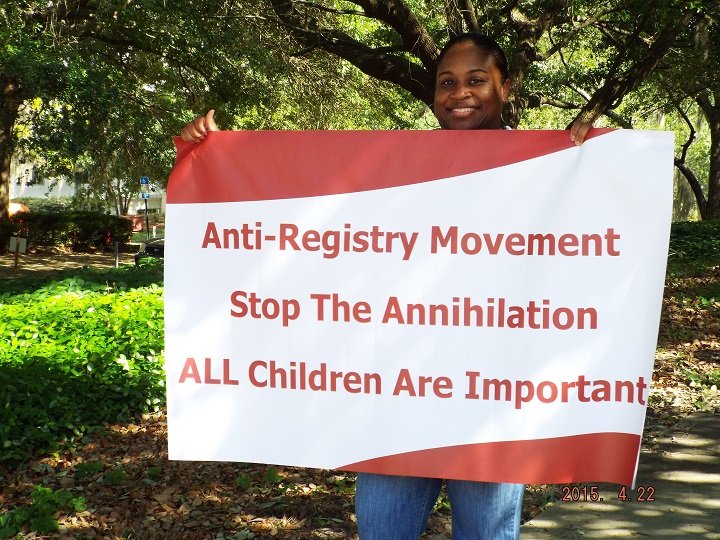 A mom just bought a toy for her 2-year-old that signals to pedophiles that the girl is ready to be traded for sex.

I’d repeat it, but it still wouldn’t make any sense. And yet, this modern-day myth has gone viral, showing up on Headline News, AOL, local media, and, of course, it is all over Facebook. One mom there lamented, “I did not know that pedophiles have their own insidious silent language that is infiltrating society through pretty pink images … which signal to other pedophiles the child can be traded.”

Do we really live in that kind of hell for kids?

The story — such as it is — involves a Florida mom who bought a pink plush truck for her daughter at a monster truck rally down there. Somehow (the original WFLA–TV reporter never tells us how), the mom came to believe that the “heart-within-a-heart” logo on the toy is a code pedophiles use.

I should mention that the “heart-within-a-heart” logo is also the logo you see on Good Humor ice cream bars. Oh, and it is also what you see when your barista has mastered the art of making a heart in your cappuccino foam.

And yet, using a garbled mishmash of horror and hysteria, the television reporter told viewers that because of that heart logo, the toy “held a sick secret; a disgusting calling card for creeps.” And now, “When a pedophile sees children with the heart symbol, it’s a code meaning that child is ready to be traded for sex.”

While presenting zero evidence that the world works like this, the reporter then interviewed the mom, who seemed as distraught as if her child had just narrowly escaped the clutches of Cropsey.

“I’m absolutely sick!” she cried. “This is pink! This is for little girls, especially at a predominantly male event.”

So does the mom think the “male event” deliberately stocked up on pink toys that so that unwitting parents would buy them? And that predators would see the symbol, and go, “Look! A heart on a toy. This mom must be willing to sell her child into sex slavery!”? And then what? Would she feel obligated to trade her kid for cash because that’s how the system works?

For a dose of actual facts, I dropped a line to David Finkelhor, head of the Crimes Against Children Research Center at the University of New Hampshire.

“I can’t reassure you that there isn’t some lonely pedophile club somewhere that has decided to make a logo,” he wrote back. And it is true, in trying to find whether there was anything, anywhere, that could suggest even a scintilla of justification for the story, I learned there was one lone government file, written about 10 years ago (and played up in an episode of “Law & Order SVU,” of course), that suggested pedophiles might wear logos that indicated their leanings.

“But,” Finkelhor added, “what is certainly true is that pedophiles would not simply decide to pick a victim based on carrying an item with a logo. No one should worry about the logo being dangerous for their kids.”

But that is the problem.

We are worried all the time about this least likely of crimes: Stranger-danger. Christie Barnes, author of “The Paranoid Parents Guide,” found that the very top worry of parents is kidnappings. (and number four is “dangerous strangers”). This fear haunts us even though our crime rate is the lowest it has been in decades. It haunts us even though we know that when it comes to crimes against children, the vast majority are committed not by strangers, but trusted adults.

When stories like this fan the flames of predator panic, we get a population ever more obsessed with sex offenders, ever more demanding of police protection, and ever more convinced that their kids are in constant danger, even from a plush toy.

Here’s the real news: They’re not.

Lenore Skenazy is an American blogger, columnist, author, and reality show host. A mother who lives in Queens with her husband and two sons, her controversial decision to let her then-9-year-old son … Wikipedia
(58 / 1)