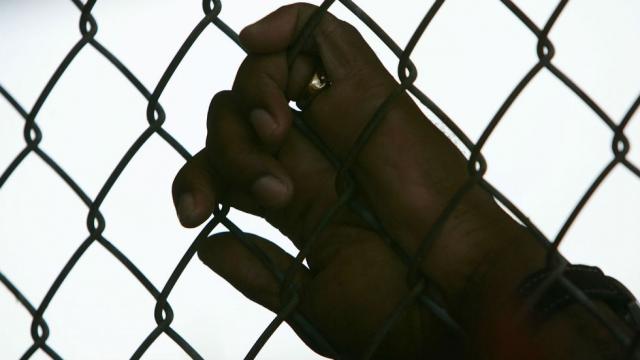 The Bureau of Justice Statistics reports that at least 95 percent of all state prisoners will be released from prison at some point. However, convicted sex-offenders almost exclusively face the vengeful, additional punishment of registration under the Sex Offender Registry and Notification Act (SORNA).

Generally, under SORNA, an individual who is required to register as a sex offender must register at least once a year; report any change of address within as little as three days; produce vehicle information, a recent photograph and a DNA sample; and abide by stringent residency restrictions, which can force individuals out of urban areas, away from family and into unemployment.

SORNA violates our nation’s founding documents by singling out a specific category of offenders for unfair, unconstitutional punishment. While the Department of Justice cites public safety as its rationale for continuing to enforce the overreaching requirements of SORNA, the program has metastasized, defacing some of our most treasured rights: the right to due process, the right to be free from double jeopardy and the right to avoid cruel and unusual punishment.

The right to due process can be found in the Fifth and 14th Amendments of our Constitution. Due process is commonly understood to include the presumption of innocence, the right to a fair trial and the right to counsel — ideas that ensure a defendant is treated as fairly as possible in our adversarial criminal justice system. It can be “gauged by its aim to safeguard both private and public rights against unfairness.”

Despite what some courts have found, the current requirements of SORNA violate due process, specifically the tenet of presumption of innocence, or the idea that a person is innocent until proven guilty. Each state differs in how it implements SORNA, so an individual’s length of registration varies by state. For example, all sex offenders in California and South Carolina register for life, regardless of the crimes committed. By demanding post-detention reporting for up to a lifetime, the court is presuming that an individual has the propensity to commit a certain type of crime in the future and therefore must be scrupulously supervised.

Courts have addressed this concern when the individual required to report is a minor. The Pennsylvania Supreme Court ruled that the state’s version of SORNA violates juvenile offenders’ due process rights because the requirements of satisfying SORNA assume that a juvenile will commit some sex offense in the future without giving him or her the opportunity to challenge that assumption. Equity demands assigning this same ruling to adult reporting requirements.

Another element of due process known as “double jeopardy” appears in the Fifth Amendment and protects an individual from being prosecuted for the same offense twice. It also bars multiple punishments for the same crime. Individuals convicted of crimes who have faced incarceration and then must begin sex registry-reporting are certainly being punished repeatedly.

SORNA requirements punish ex-offenders by inflicting upon them tangible, secondary punishments, like the inability to qualify for housing and increased difficulties securing employment. These secondary punishments effectively banish ex-offenders to a modern leper colony by not only removing re-entry resources but also by affirmatively ostracizing those attempting to rebuild a life after incarceration.

In addition to violating double jeopardy, repeated punishments violate the Eighth Amendment by imposing cruel and unusual punishment. The government is prohibited from imposing a criminal sentence that is either vindictive or far too harsh for the crime committed. Incarceration is intended to be a punishment and a deterrence, so any subsequent punishment can only be vindictive. After incarceration, an ex-offender’s privacy is significantly diminished by the requirement to report one’s name, address, photo, employment status and provide a DNA sample.

Last fall, a federal judge found that the Colorado sex offender registry’s punitive impact outweighed any value it might have had in protecting the public and concluded that registration violates the prohibition against cruel and unusual punishment. As the judge specifically stated, “This ongoing imposition of a known and uncontrollable risk of public abuse of information from the sex offender registry, in the absence of any link to an objective risk to the public posed by each individual sex offender, has resulted in and continues to threaten [sex offenders] with punishment disproportionate to the offenses they committed.”

As Clarence Darrow famously said, “You can only protect your liberties in this world by protecting the other man’s freedom. You can only be free if I am free.” Protecting the constitutional rights of everyone, even those convicted of sex offenses, is of the upmost importance for protecting our freedom. Therefore, both legislators — by way of developing and amending laws — and judges — via hearing arguments and creating case law — must re-examine SORNA in order to preserve liberty and uphold the Constitution.

Jesse Kelley (@JessdKelley) is a policy analyst and state affairs manager for criminal justice at the R Street Institute, a nonprofit group aimed at promoting limited government in Washington, D.C.

7 thoughts on “The Sex Offender Registry: Vengeful, unconstitutional and due for full repeal”